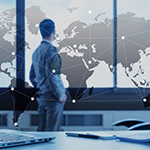 Daai Investigation provides the service of collecting the evidence of cybercrime. Cybercrime is an emerging pattern of crime after the development of information and is a behavior to use the characteristics of computer to commit the crime. Due to the facts that computers have the comprehensive characteristics of distribution, openness, interoperability, privacy, and timeliness plus the difficulty in tracing and collecting evidence. Consequently, the effectiveness of prosecution is low so that the cybercrime is not able to be controlled effectively!

The convenience and far-reaching of the internet have been manipulated by people with bad intentions. Cybercrime has become a common issue now, and everyone might use internet to commit crime but also might become its victim. Appeasement will only make cybercrime worse and stand up to fight against it bravely is the one and only way to put an end to cybercrime! Are you worried that you will be the next victim of cybercrime? Daai Investigation can help you to avoid cybercrime! Presenting evidence.

Distributing or selling obscene pictures and videos through internet (cyberporn)

Establishing “adult website” through internet to distribute obscene pictures or texts or sell pornographic CDs through email is a behavior that obviously violates the good morals in the society due to the distribution of pornographic pictures or animation images. In addition, it harms teenagers’ both physical and mental health. Therefore, in terms of current judicial practice, it offends the crime of sending obscene pictures for people to watch through computer website and the crime of selling obscene materials specified in Article 235-1 of Criminal Code. As for people who buy them from internet, it does not commit any crime because it is for himself/herself or specific few people to watch and does not endanger the social order; that is within the scope of personal freedom (refer to the judgment No. Tai Shang Zi Di 6294 from Supreme Court in 1995). Moreover, if the actor focuses on those who under 18 years old for distributing and selling obscene pictures, videos, and CDs through internet, the behavior offends the crime of distributing or selling obscene materials specified in Article 28-1 and the crime of distributing or posting information through internet and causing other people’s sexual transaction specified in Article 33 of Child and Youth Sexual Transaction Prevention Act.

Intentionally incite others to commit a crime through internet

Use internet as the media to publicly post the information of selling guns or carry out the behavior of introducing the manufacture of bomb might also constitute the offenses against incitement others to commit a crime or violation of law (Article 153 of Criminal Code) as well as breach of Controlling Guns, Ammunition and Knives Act based on the circumstance. If the actor posts the information related to the advertisement of selling guns or the manufacture of bomb on the website with the intention of inciting people who read the information to purchase ammunition, possess guns, or manufacture bomb, the actor is committing the offenses of inciting other people or violating laws specified in Article 153 of Criminal Code. However, if the actor only conducts above behavior out of curiosity or fun without any intention of inciting other people or fraud, it is obviously not applicable to the provisions of Criminal Code above but might violate other legal regulations.